While the outlook is not positive, ash tree owners do have options. In this interview, Joe Lawton, Director of Plant Health Care at Tree Shepherds, offers guidance on combating the Emerald Ash Borer.

Are all species of ash trees affected by the Emerald Ash Borer?

Yes. If it is an ash tree—Texas ash, Green ash, Arizona ash—the Emerald Ash Borer (EAB) is going to find it and damage it.

How does the EAB attack an ash tree?

The adults begin by consuming the leaves in the canopy. Once a male and female mate, eggs are laid in bark crevices or cracks. Larvae hatch two weeks later. And it is the borer larvae that actually do the most damage to the ash tree, eating through the bark into the sapwood. The larvae leave behind a very distinct serpentine gallery as they eat and pupate. Fully formed adults exit the tree by chewing through the bark. And the cycle continues.

Where did the EAB originate from?

The EAB is native to Asia. The exotic pest’s presence was first confirmed in Detroit, Michigan in 2002. But researchers suspect that the EAB arrived prior to 2002.

Researchers suspect the EAB arrived in North America in shipping containers from China.

In China, the EAB has not been able to devastate the ash tree forests like it has in the USA. Why is that?

In China, healthy ash trees possess more natural resistance to the EAB. They are able to respond well to the EAB.

In North America, the EAB is a foreign pest. The ash trees do not possess the same natural resistance to the EAB. They are thus vulnerable to infestation and eventual devastation.

Is there any research being done stop the spread of EAB in the USA?

What can a homeowner do at this time to protect their ash trees?

If a homeowner has an ash tree that they would like to save, then there are insecticide injections that can be used to stop or deter an EAB attack. However, the injections are not a one-time application. The injections only protect the tree for two years. And so, as long as the EAB is a threat, the ash tree will need injections of one of the proven insecticides in order to survive.

Whether or not injections are used to preserve and protect the tree is a decision for the homeowner. Many factors should be considered:

Unprotected, the EAB will kill a tree within two to three years. But in the process, deadwood on the tree increases as the larvae eat through the sapwood. Branches die off and it drie up very quickly. A falling piece of deadwood can injury and even kill. Depending on the size of the ash tree, or its location, an infestation can create a very hazardous situation very quickly. Removal of the tree is the recommended option once infestation has begun.

What are some signs of EAB infestation that a homeowner can look for?

One of the clearest signs is dieback from the tips of the branches. Dieback looks like the tree is dying in on itself. When you start seeing sections of dead twigs on the end of branches, particularly in the canopy, it’s time to have the tree examined by a certified arborist. More than likely the ash tree has been infested by EAB.

Krista is a member of the marketing and education team at Tree Shepherds. A lifelong learner, she loves writing about anything from Hemingway to Quercus macrocarpa. 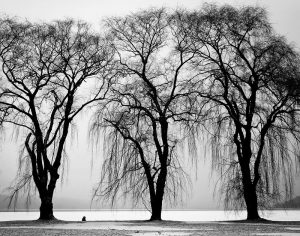 Should You Water Your Trees in the Winter? 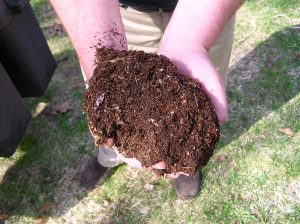 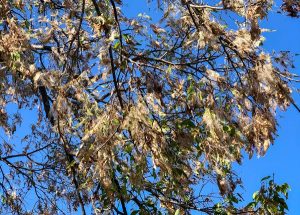 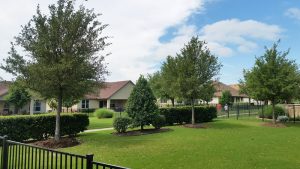 Incorrect Planting Practices Could Be Making Your Trees Sick 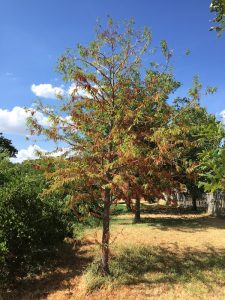 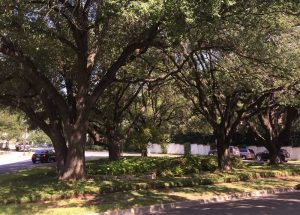